Islam with a simple invitation (Shahadah)

Islam with a simple invitation (Shahadah):

This declaration is the door to a life of service. One of participation in a community of believers whose highest duty is to call on humanity to embrace what is righteous and good and to reject what is evil and degrading. Muslims are brothers and sisters of all people of good faith, and wish to strive with them for peace in this world.

For Muslims, Allah is the greatest and most inclusive of the Names of God, an Arabic word of rich and varied meaning, denoting the one Who is adored in worship, Who creates all that exists, Who had priority over all creation, Who is lofty and hidden, Who confounds all human understanding. It is exactly the same word that the Jews, in Hebrew, use for God (eloh), the word which Jesus Christ used in Aramaic when he prayed to God. God has an identical name in Judaism, Christianity and Islam; Allah is the same God worshiped by Muslims, Christians and Jews.

God is High and Supreme but He is very near to the pious thoughtful believers; He answers their prayers and helps them. He loves the people who love Him and forgives their sins. He gives them peace, happiness, knowledge and success. God is the Loving and the Provider, the Generous, and the Benevolent, the Rich and the Independent, the Forgiving and the Clement, the Patient and the Appreciative, the Unique and the Protector, the Judge and the Peace. God’s attributes are mentioned in the Quran.

What is the duty of a Muslim?

Muslims are enjoined to organize their lives on the basis of a series of ritual acts of worship which are ordained in the Qur'an as ways which discipline human beings to remember God constantly, accepting his Sovereignty and pledging to obey His commandments:

1. Declaration of belief (Shahada), this is the initial act of faith, expressed in a simple statement which testifies to one's commitment to following the straight path of God's guidance upon which Muslims seek to live their lives.

2. Prayer (Salat), offered five times a day, has the effect of reminding the faithful that "remembrance of God is indeed the greatest virtue", and helps them adhere to the path of righteousness, and to restrain from indecency and evil.

3. Fasting (Sawm), observed through the daylight hours of the 29/30 days of the Islamic month of Ramadan, involves abstinence from eating, drinking, smoking and marital intercourse; this reminds the believers of their dependence upon God, as well as their kinship with, and responsibility for the millions of human beings in the world who experience involuntary fasting because of lack of food, or its unjust distribution.

4. Purification of wealth (Zakat), this requires the annual giving of a fixed amount of excess personal assets for the benefit of the poor, the incapacitated, the deprived, and the welfare of the community; it serves to remind Muslims that all beneficence comes from the bounty of God, and is enjoyed only through His mercy; sharing becomes an act of purification both of the wealth itself, and of the giver whose soul is disciplined against greed by the practice of selflessness.

5. Pilgrimage (Hajj), which all Muslims should perform at least once in a lifetime. They perform prescribed acts of worship at the Holy House of the Ka’ba in Makkah (Mecca)

Each of these prescribed acts of worship brings Muslims daily and repeatedly before God Almighty as the Creator, Sustainer and Judge of all humanity. Through these acts of worship, God helps Muslims to fulfill the obligation of striving which he has ordained for this life; the striving actively and freely to surrender one's own will in obedience to the Will of God, inwardly in intention and outwardly in word and deed; individually in personal conduct and collectively in the improvement of society; the striving for peace in the world through the proclamation of true faith, and its defense against all that threatens it.

What does a Muslim believe in?

1. Belief in Allah, the One Only God Worthy of Worship - A Muslim believes in ONE GOD. The Arabic word for God is Allah

3. Revelations and the Quran - A Muslim believes in all scriptures and revelations of God, as they were complete and in their original versions. Muslims believe in the original scriptures that were given to previous messengers; for example David received the Zabur (Psalms), Moses the Torah and Jesus the Injeel (Gospel).

4. The Angels - Angels are a creation of God. They are purely spiritual and splendid beings. They have no physical desires or material needs. In contrast to human beings, Angels do not have free Will.

5.The Day of Judgment - A Muslim believes in the Day of the Judgment. This world as we know it will come to an end, and the dead will rise to stand for their final and fair trial. On that day, all men and women from Adam to the last person will be resurrected from the state of death. The time of the Day of Judgment is known by God alone.

6. Predestination - A Muslim believes in the ultimate Knowledge and Power of God to plan and execute His plans. Allah is Wise, Just, and Loving, and whatever He does must have a good motive, although we may fail sometimes to understand it fully.

He is Muhammad (Peace Be Upon Him). No doubt he possessed an excellent character and charming manners and was known to be highly cultured. Yet there was nothing so deeply striking and so radically extraordinary in him that would make men expect something great and revolutionary from him in the future. But when he came out of the Cave of Hira, with a new message, he was completely transformed. “Is it possible for a person known to possess an upright and unblemished character, to suddenly turn ‘an impostor’ and claim to be the Prophet of God?”.

Muhammad (PBUH), was born about A.D. 570 into an Arabian tribe that worshipped idols. Orphaned at birth, he was always particularly solicitous of the poor and needy, the widow and the orphan, the slave and the downtrodden.

Like almost every major prophet before him, Muhammad fought shy of serving as the transmitter of God’s word, sensing his own inadequacy. But the angel commanded ‘Read’. So far as we know, Muhammad (PBUH) was unable to read or write, but he began to dictate those inspired words which would soon revolutionize a large segment of the earth; “There is one God”.

As a matter of fact, Muhammad (PBUH), is the last link of Prophets sent in different lands and times since the beginning of the human life on earth.

What is the Quran?

It is the book that Allah has sent down to mankind. It is the word of God. From the heavens it has been sent down to Prophet Muhammad. It serves as the religious scripture that Muslims use to seek guidance. It contains stories of previous prophets, miracles (both scientific and historical), advise, and continuously proves that it is the word of God, and that Islam has no falsehood.

The Qur’an or, 'that which is often recited', a web of rhythm and meaning, the words of which throb through Muslim worship. The Qur’an represents the fountainhead of Divine guidance for every Muslim. Its revelation to the Prophet Muhammad (peace be upon him), and his practical implementation of the revelation, completed God’s blessing for humanity, in providing us with a belief and value system that is valid for all times.

The most sublime poetry in any language, and a rational message that directly appeals to the human heart, have caused this Divine book to move nations and civilizations. It will continue to guide those who turn to God with a sincere heart, for all times.

Muslims greet each other with Assalaamu alaikum which translates to wishing peace for one another. Even when wronged, the Glorious Qur’an advises Muslims to struggle against the temptation for hostility:

The Qur’an refers to Paradise as the “abode of peace”. Thus peace is a goal that Muslims are required to strive for, in their own selves, in their families and in their communities. It is ironical therefore, that Islam is perceived by many as being the motivation behind the wanton killing of innocent people. 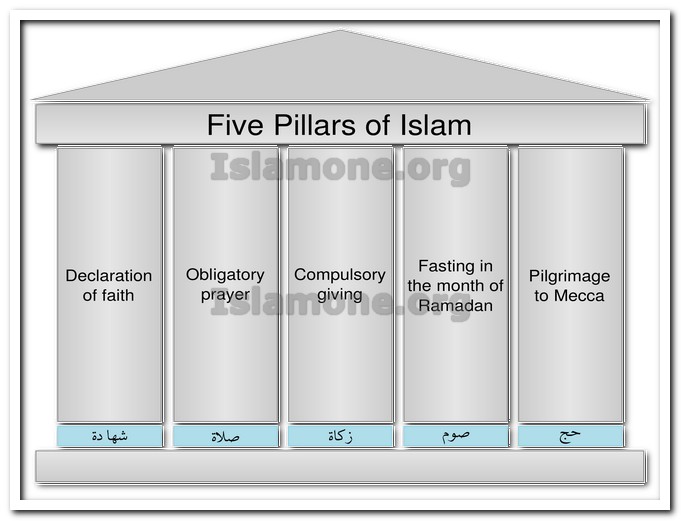 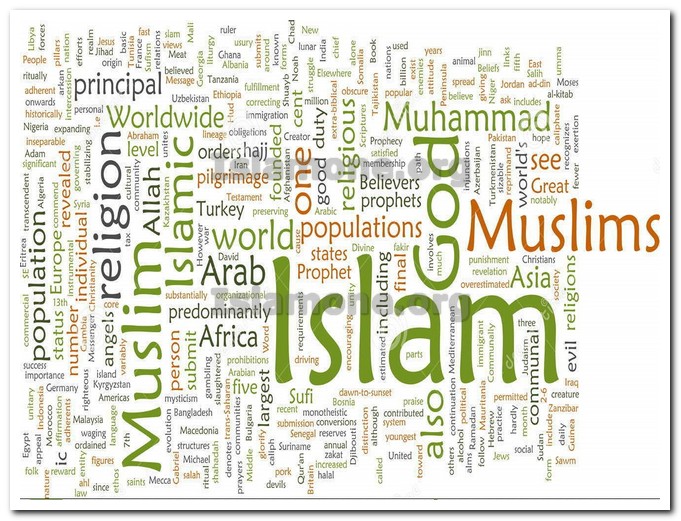 Русский
© 2023 Islam Awareness Organisation | from H A L A L W E B | Made with Love in Germany |
Are you sure?
Please, enter a value here